How to Make a Lithophane (3D Printed Photo)

Lithophanes are solid plates of varying thickness, which show an image when lit from behind.  Think of them as a carving, where the thick parts are dark and the thin parts are light, so it can make a picture.

Today, it's possible to use 3D printing to crank them out fairly easily but there are a few easy tricks for getting the best results.

Use an Online Tool for the Conversion

This online tool to create lithophanes (update: you can also check out http://itslitho.com/ which has more features) will accept an image and convert to an .stl file for 3D printing. Basically, the brightness of each pixel will be converted to a height value in a 3D model. The tool has plenty of options for you to explore, but you can get useful results with the defaults. You can get even better results with a bit of work up-front. 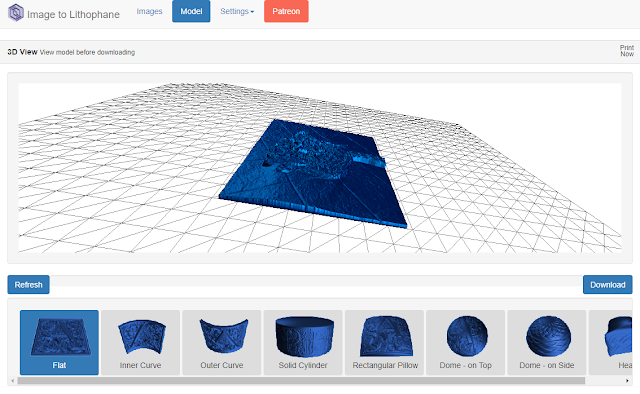 For a lithophane that will be illuminated from behind, the best results will come from photos that:

In GIMP, convert an image to greyscale with the Desaturate tool. 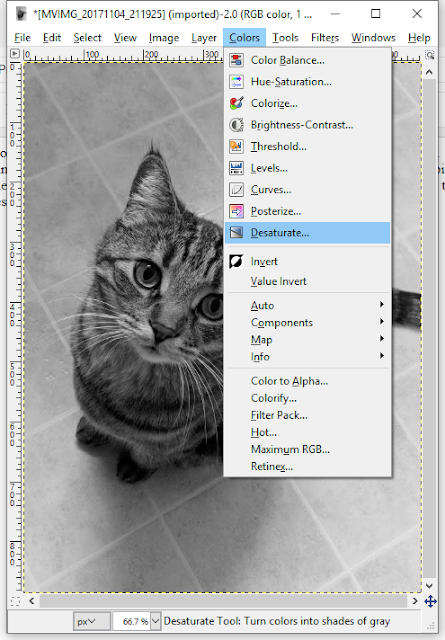 If the picture still looks good in greyscale, then it should make a good lithophane.  In general, the less color in the original picture to begin with, the more "friendly" it will be to conversion into a lithophane. (This example is a grey tabby on an off-white floor, which worked very well.)

The online tool I linked to has the ability to flip the image from positive to negative in the settings, but to do it yourself you can use the Invert tool in GIMP: 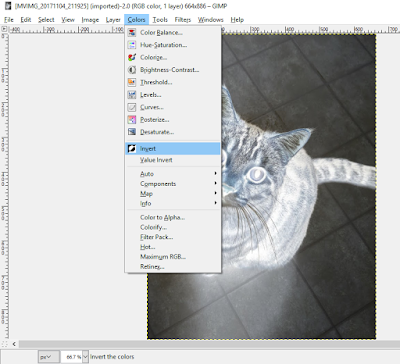 It can be a bit hard to judge at a glance when looking at the model because it's a weird-looking height map, but being sure before you start printing will save a lot of trouble.

Print the lithophane in a vertical orientation (i.e. standing straight up and down, not laying flat.)  Choose the widest side of the model as the base, and it might be useful to print it with a brim for good adhesion.

I printed the lithophane shown here on my Formlabs Form 2 printer in White resin. For SLA it was also printed in a vertical orientation, attached directly to the build plate.  I chose the widest edge as the base.

I printed at 0.1 mm layers, but if I were to do it again I'd try at a higher resolution. It printed fine but a thinner layer height would have made some of the sharp angles a little less aggressive and would (in theory) improve overall reliability.

Here is the 3D printed plate, and the results when lit from behind.  My first attempt wasn't best, but after following the steps I listed here the results were spectacular.

Give it a try, and use the resulting plates to make a lampshade or window ornament.  Art is fun! 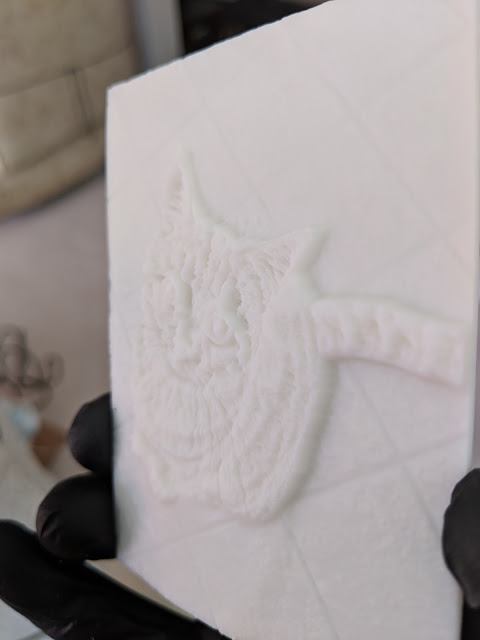 Email ThisBlogThis!Share to TwitterShare to FacebookShare to Pinterest
Labels: 3D printing, how to