Get MUSICAL for the Final Round of The 2018 Hackaday Prize 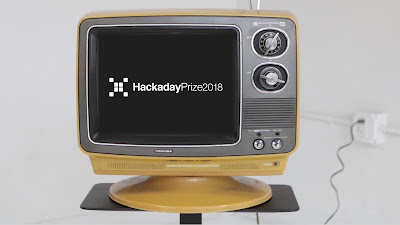 The Hackaday Prize is in its fifth year, and the final round of entries is currently underway: the Musical Instrument Challenge. It runs until October 8th. Twenty finalists will receive $1000 each and go on to the final round where a $50,000 cash prize (and more!) are waiting.

What's the money for? It's cash, for you to use to develop your open-sourced idea or concept. Make something, and make the design and details open and available to others; that's it.

The 2018 Hackaday Prize consists of multiple challenges (of which an entry can enter more than one) which run in sequence one after the other. Twenty finalists from each will receive $1000 cash, and will go on to the final round where the following prizes are up for grabs:

All you really need to get started and entered is an idea and some documentation. So if you have an idea rattling that has been on the back burner waiting for an opportunity, this is it.

Email ThisBlogThis!Share to TwitterShare to FacebookShare to Pinterest
Labels: news